Many people probably don't notice but there is more than one type of thatch commonly used in thatched properties around the UK. In fact, every thatched roof is unique in its combination of size, shape and type of material used to create the roof. There are three main types of thatching materials that vary in their application and longevity as well as other less common materials.

This type of thatch is most well known as Norfolk Reed and is the most commonly used type of thatch in the UK. It has the longest lifespan of all the thatching materials, sometimes lasting decades. For this reason, it tends to be the most common choice for newly built thatch properties as it is the most cost-effective option. Water reed has been used for centuries and can be frown across the world around rivers and other water sources, making the Norfolk broads the perfect place to cultivate this reed. In times when most of the country was using straw for thatching, the reed beds across East Anglia provided a more durable material that is still sold to thatcher's today. While its most common use is in roof thatching, like all reed types, it can also be used for basket weaving, arrows and pens.

Wheat reed is also known as Combed Wheat Reed or Wheat Straw. This type of reed was originally a by-product of cereal production however the arrival of combine harvesters meant that this was no longer the case. Cereals are now grown from short straws and the resulting by-product is incompatible with creating thatched roof. Producing Wheat Reed then became a specialist, labour intensive task resulting in a decline in popularity in comparison with the more accessible and cost effective Norfolk Reed. Wheat Reed creates a more rounded appearance than other types of reed and can last around 25 - 35 years, so, despite the increased cost, this type of thatch is still favoured by some who desire a rounded roof style.

Despite coming from the same material as Wheat Reed, its different method of production results in a thatch that has a shaggier appearance than other reed types. This is because the straws are placed with the ears and butts facing downwards and so are more visible. Longstraw is specifically grown for thatching and has very specific requirements for its preparation. Due to its high labour intensity application, not all thatcher's are trained in this type of thatch so it can be a more costly option. This type of thatch is rarely ever favoured for new properties, but many listed buildings were originally built with Longstraw so must be replaced with like-for-like materials to ensure the look of the property isn't altered.

These aren't the only types of thatch used but are the favoured ones however some properties may also use heather, turf, rye straw or veldt grass and where the property is may also change its construction. For example, in the Highlands and the Isle of Man, thatch layers are often thinner with the fixings on the outside of the roof or being tied or weighted down. This is known as directional thatching and is faster than other methods, taking only a few days rather than weeks to complete. However, this results in the thatch only having a lifespan of a few years rather than a few decades.

For more information about thatch types and production, visit www.thatchadvicecentre.co.uk

The CGA has been providing insurance for thatch properties for over 70 years so if you are having difficulties finding the right type of insurance for your home, call us on 01985 850706 and speak to one of our friendly team. 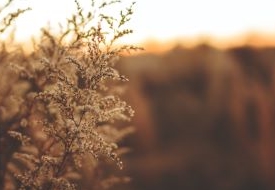 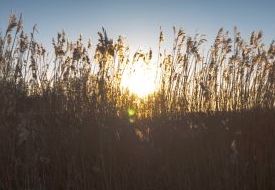 While many enjoy the aesthetics of a thatch roof, they're still seen as higher risk than standard roofing materials. 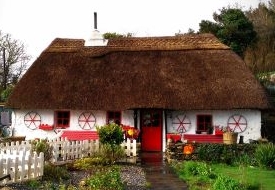 How long does a thatch roof last?

Maintaining and caring for thatch roofs are key in extending its life but they still have a limited life expectancy which is dependent on reed type. 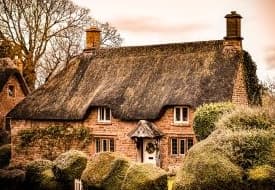 It’s the crowning glory of a quintessential country home – but is a thatched roof just too expensive to insure?

Find out more
Next