Adapting by remaining the same

Some aspects of it may have changed beyond recognition, but the fundamental aims of the CGA to serve its members to the highest possible standards have remained unchanged for the past 120 years

Its probably the 1939 calypso song recorded by Jimmie Lunceford, Harry James and Ella Fitzgerald which best sums up how the CGA has lasted 120 years: ‘It Ain’t What You Do (It’s The Way You Do It)’. To transform from an association founded on the need for country estates to be supplied with high quality equipment and goods at reasonable prices, into one offering its members a range of privileges alongside respected financial and insurance advice is quite an achievement. Todo so while maintaining a consistently high standard of personal, dependable service is quite another

1893 was the year the diesel engine was invented and in the same year, Charles and Frank Duryea ran the first gasoline powered car in America on public roads. In 2013,Andy Green attempted to exceed his own land speed record, seeking to get his car to reach nearly one thousand miles per hour. These facts make one realise the pace of change over the past 120 years has witnessed. But the CGA has survived by being an innovative organization since its very beginning.

The association was founded by journalist William Broomhill with the aim of producing a catalogue to supply the needs of the country estate. It was initially funded by Broomhill’s friend - the first ever member – William More-Molyneux of Loseley Park in Surrey. Broomhill described it as ‘A society of landowners, land agents, farmers and others interested in the land, numbering many thousands and residing in all parts of the kingdom’. The catalogues in the early years were splendid affairs, full of illustrations of machinery, fencing and domestic items as well as clothing, seeds and fertilizer. The publications paid for themselves with the heavy emphasis on advertising and was distributed to its members whose annual subscription was 10s6d.

By the start of the 20th century, the CGA was an active and expanding association with representatives all over the country, operating the Country Gentleman’s Club in London and outing our erudite publications of notable value to farmers and landowners. A panel of notable experts provided advice to members on all aspects of estate management and the CGA even managed small estates for its members if required.

One of the most popular offerings was a mail order service offered country wide and coordinated by a network of District Secretaries. Bulk buying enabled CGA to offer goods at very reasonable rates and it’s still a source of pride to us that by the 1960’s it was said that more than half of the barbed wire in the country had been provided by the CGA. By 1909 William Broomhill had proposed that a site be purchased for a works and storage depot outside London, and the following year a plot of land next to the railway sidings in Letchworth in Hertfordshire was obtained on a 99 year lease. Through both World Wars and throughout the 50’s and 60’s the CGA continues to prosper, but there was a cloud on the horizon which caused a decline in the Association’s trading side; it was Edward Heath’s repeal of Retail Price Maintenance in 1973, after which it did not take long for every retailer in the country to start offering discounts, which virtually put the CGA’s mail order side out of business. In 1978 CGA declared all trading staff redundant and closed the warehouse. All the stock and delivery fleet had to be sold off. Peter Earle, Managing Director at the time, said “The number of members using this section of the company was so low we made no public announcement and, surprisingly, few members even noticed the disappearance of what, of course had been the raison d'être of the company up to then”.

It was the time to adapt and change once more. The magazine was becoming increasingly important and over this period, the organisation adopted a more professional editorship arrangement with greater emphasis on selling advertising. The magazine went from A5 to A4size in 1979 which resulted in complaints from some quarters. One aged major wrote to say that he had always been able to read the magazine in bed using only one hand but was unable to do this any longer due to its increased size. However, the layout enabled the magazine to start running longer features of interest alongside the other services on offer which included Christmas hampers as well as professional services and members’ shop.

During the 70’s and 80’s the CGA fortunes continued to rise. It had become a respected source of knowledge and a trusted provider of services and attracted large numbers of members; at onetime, nearly 60,000 people benefitted from its ranging service. However, after a series of poor long-term commercial decisions, the CGA struggled to limp through the 1990’s and faced an uncertain future. It had lost the professional services and retail side of its business. In fact, virtually all it had become was a list of members and they were resigning in understandably high numbers. In 1996 the majority shareholding had been sold to an American trust.

At this point members were still corresponding with one another through the magazine: there were pages of correspondence from members seeking advice and opinions on matters as diverse (within one issue) as albino moles, making new soap out of old scrap bars, and how to reinvigorate a seemingly ‘dead’ ballpoint pen. However, the magazine’s lack of substance reflected the reduction in the range of services offered by the CGA; in retrospect it was another period of transition before the organisation reinvented itself at the new millennium.

In 1999,under the stewardship Colin Ingleby-Mackenzie and with the energies of Rory Stormonth Darling focused on improving membership and partnership with other organisations, financial advisor and entrepreneur William Harrison-Allan joined the CGA introducing a range of financial services. By the end of 2000 William had successfully acquired the CGA from the American trust and the organisation was back under British ownership. Under new publication direction the CGA magazine became a vehicle for informing members about a new range of benefits and services, membership events and reinvigorated insurance brokership.

It was in 1930 that the CGA had started the creation of a London Shopping Service which provided members with discount at high class stores on presentation of their membership cards. Since 1999 our connection with quality purveyors of the finer things in life have been re-established, attracting members and making us something of a ‘club without walls’.

Although today one of the CGA’s key activities is the provision of dependable financial services and insurance, at the heart of the organization remains an association of like-minded people who enjoy the wide respected ‘members only’ magazine as well as golf days, cultural outings and members’ events. In 2005 the CGA began its association with Barbury by backing the staging of the first Barbury Horse Trials. In 2012 we sponsored the CGA Festival of Food at Barbury and welcomed an unprecedented number of members in our hospitality tent at the trials.

You may no longer be able to rely on us to supply you with a hundredweight of fertilizer or five-bar gates, but we think we bring the same desire to see our members prosper and take care of their assets as William Broomhill held 120 years ago. Whichever service seem to best suit our members will be the one pursued by the CGA, maintaining the high standards members have come to expect. And that’s what gets great results. 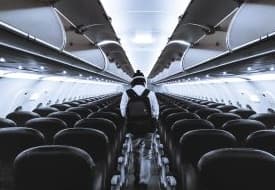 We're all keen to go away again, but what are the current rules for international travel? 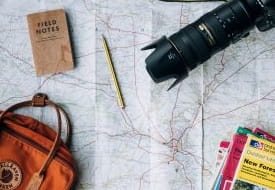 Keeping you covered at home and abroad

Is your travel insurance properly protecting you? We've got some useful tips to ensure you're getting the most from your holiday, safely. 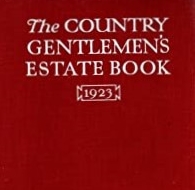 Adapting by remaining the same